Show all categories Prickly pear Back

For skincare, prickly pear isn’t prickly at all

In fact, it’s a wonderful gentle ingredient for silky smooth skin, whatever your skin type. That’s because of its anti-aging properties. And not only smoothing properties, but also soothing properties. Products containing prickly pear oil are excellent for acne-prone, dry, sensitive or inflamed skin. 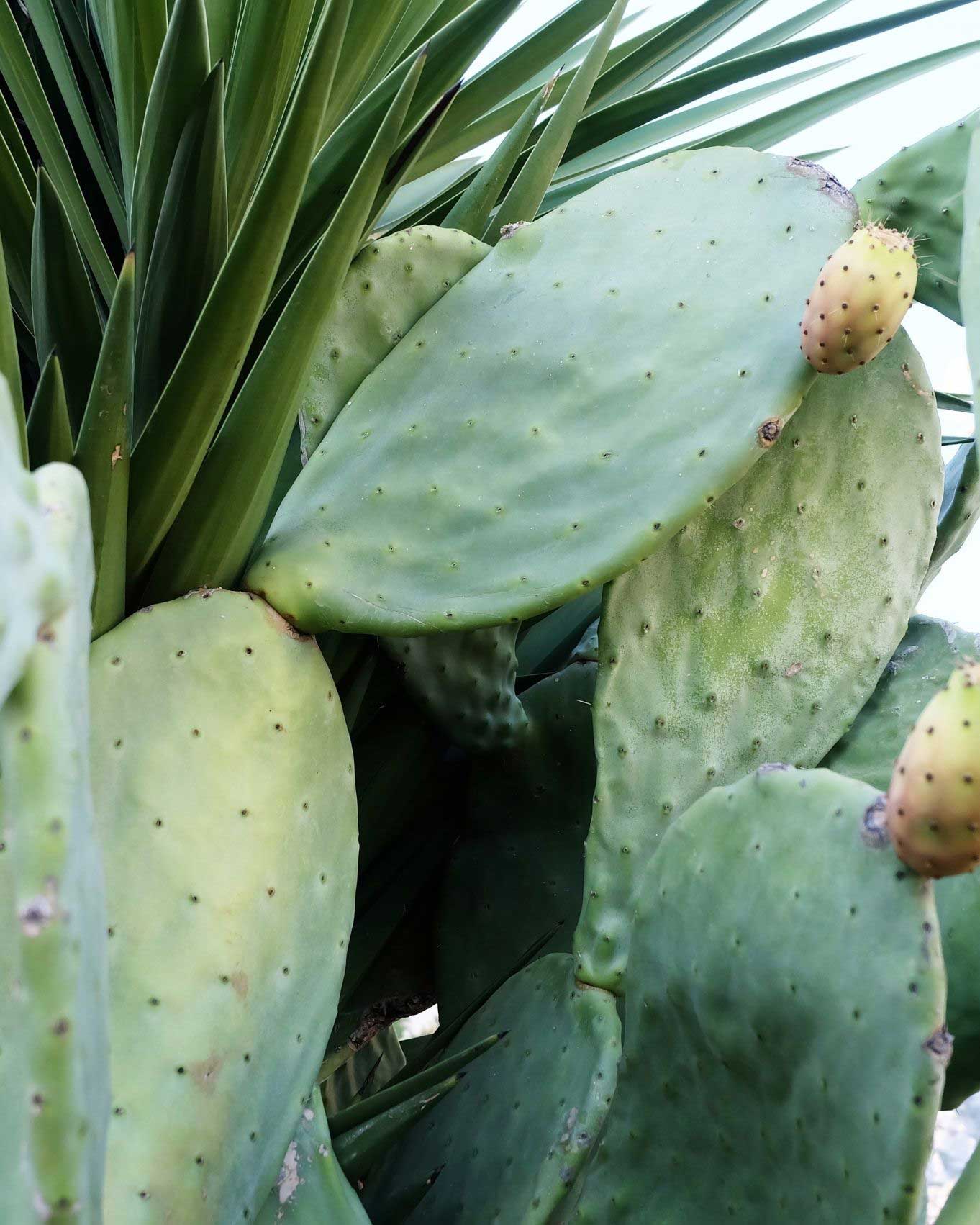 Recently rediscovered for its health benefits

If you’ve never seen a prickly pear, it is indeed prickly but it isn’t actually a pear, it’s a cactus. First known uses for food and medicinal purposes date back to the Aztec people, over 800 years ago. In fact, the prickly pear is featured on the flag of Mexico. According to Aztec folklore, an eagle perched on a prickly pear cactus was responsible for selecting the site of the city, which was Tenochtitlan, but is now Mexico City. The cactus is not only native to Mexico, but also southern California. It’s only very recently that it has been rediscovered for its all too numerous health benefits.

Prickly pear might not be the most attractive looking fruit, but it’s certainly one of the most delicious and nutritious. High in fiber, essential fatty acids, carotenoids (antioxidants), containing magnesium, phosphorous, calcium and potassium. As well as a whole host of beneficial trace vitamins and minerals. It’s believed to have many antiviral and anti-inflammatory qualities and is used extensively in natural healthcare. For example, to help with wounds, swellings and even rheumatism.

So, what exactly makes the prickly pear so perfect for your skin? It’s mainly the antioxidant and antibacterial properties. Antioxidants are well-known for preventing skin damage from sunlight, aging and other stressors. While antibacterial substances cleanse skin and stop acne breakouts. It helps to calm the skin and restore balance to its protective layer. The prickly pear is also full of vitamin E, ideal for soothing, replenishing and nourishing skin. Even the seeds have highly beneficial ingredients: vitamin K and linoleic acid, which brighten your complexion and reduce hyper-pigmentation caused by UV damage from the sun. For those who don’t suffer from hyper-pigmentation, or haven’t heard of it, it’s a usually harmless condition where patches of skin are darker than the surrounding area.

Prickly pear oil is also a highly effective carrier oil, which means it’s both suitable and safe for delivering other nutrients that can’t be applied directly to your skin, like vitamin A. When used alone, vitamin A can often cause skin irritation, rather than naturally moisturizing your skin and supporting your skin’s immune system. Because prickly pear oil mixes so easily with other ingredients, it can easily be incorporated into your daily routine.

Prickly pear seed oil and other natural sustainable products made with this cactus, deserve to be stored in natural sustainable packaging. MIRON’s violet glass is made from natural raw materials, is reusable and 100% recyclable. It’s a unique biophotonic glass that preserves the essence of natural products. How? By harnessing the unique powers of the sun’s rays, allowing the beneficial rays in, while keeping the harmful rays out.

MIRON’s violet glass bottles and jars are both practical and beautiful. An eye-catcher in a store and very easy on the eye in your home. 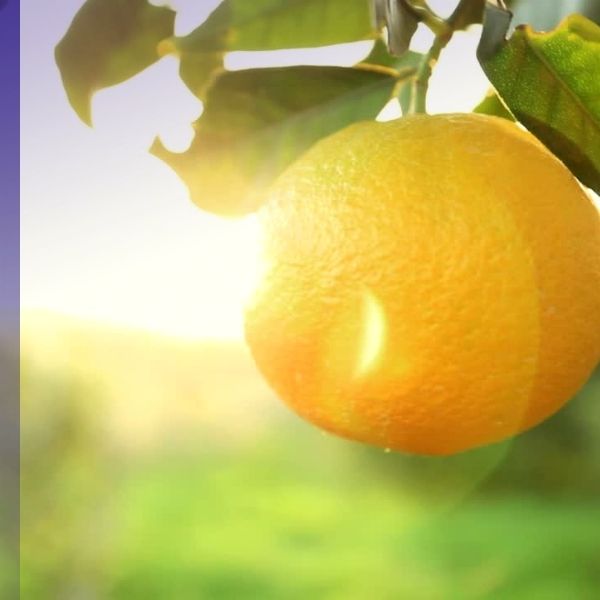 The Mystery of Vitamin C

Everybody has heard of vitamin C, but surprisingly there are many things we still don’t know about this vital vitamin. Especially about its effects on our skin and the human body. There has been surprisingly little scientific research into this subject...

When you’re outside on a clear day, you'll see the sun. The golden glowing sun, the bringer of light, warmth and all life on Earth. All the plants, all the animals and of course, all of us. The sun gives life, but also radiates harmful rays that can dry out, damage, degrade and decay... 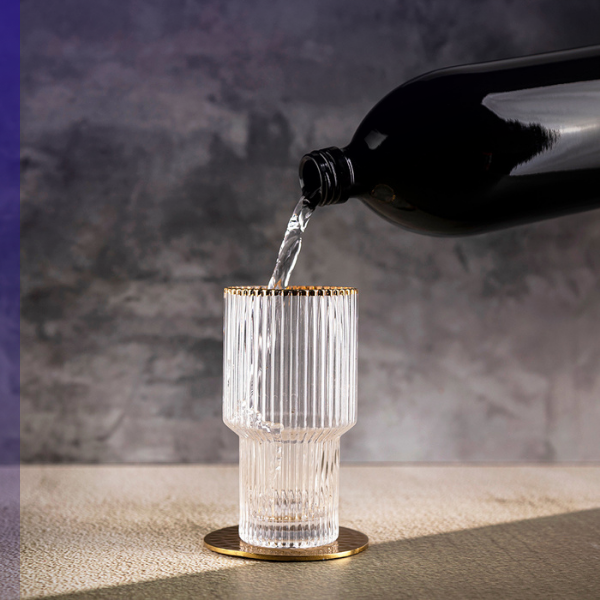 Water is everywhere. The oceans, the rivers, the clouds, the rain, even our own bodies are 60% water. In fact, 71% of the Earth’s surface is covered with water. Of that, 97.5% is salt water and 2.5% fresh water. All this water and yet one big question: where did it all come from?