Show all categories Latest Back

We are always happy to share all our client cases. 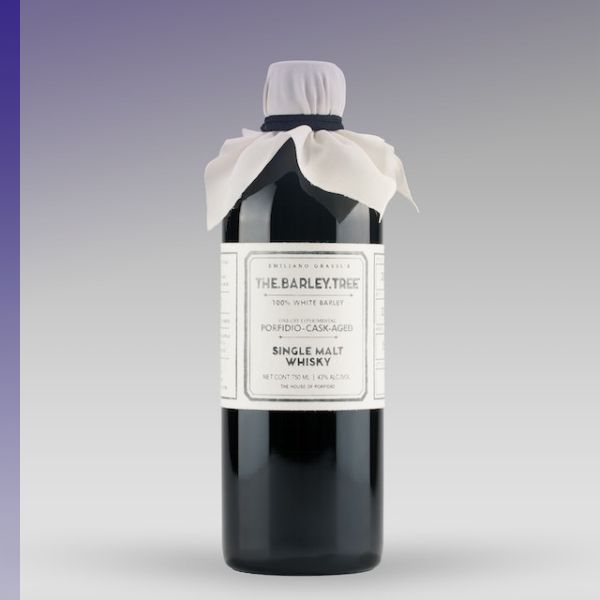 True to the distinctive raw grain it’s made from, The.Barley.Tree is a single-varietal, single-estate, single-cask, single-terroir, Australian single-malt whisky that is made, only from 100% White Barley. That is just one reason it stands out from so many other whisky distillers today who have switched to cheaper grains like corn, wheat, and even rice and sorghum. Aiming at a distinct and outstanding of flavor, by emphasizing the fruity notes that emanate from the White Barley varietal, the brand distinguishes itself from classic Scotch whisky. As a key contribution to its distinct personality, this singular barley distillate is then seductively aged ageing in one-of-a-kind oak casks. Apart from its exceptional taste and impeccable ecological origins The.Barley.Tree also stands out for its original packaging and tasteful design. 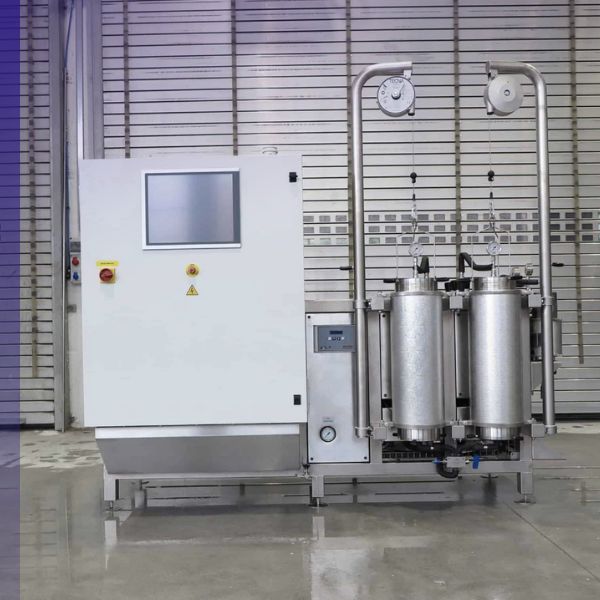 Preserving the Holy Grail of Essence

'Within this client case, Oliver Brezigar, part of the management team, takes us through the story behind Essentia Pura, which is one of the few CO2 extraction facilities in Europe with a profound position in the market. For them, the origin and quality of the ingredients are of utmost importance. They also realize that the manner in which a botanical plant is extracted is critical to obtaining the purest form of the botanical essence. Furthermore, in order to preserve these pure ingredients, it is important to find the proper packaging to do so. 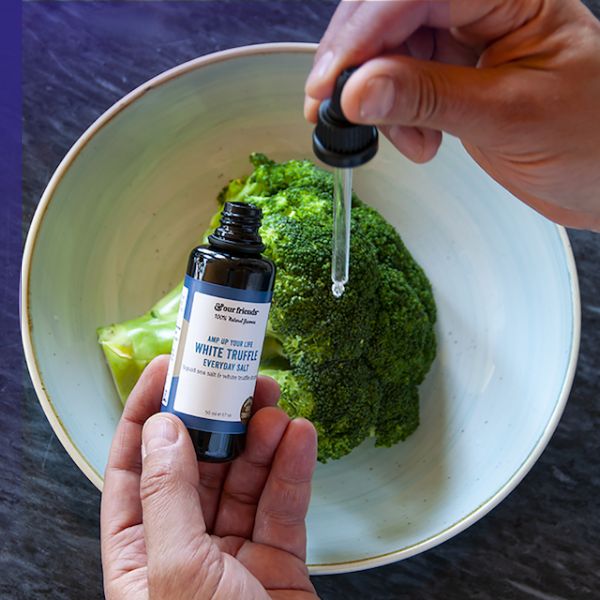 '& our friends' is a select member of Food Innovation Network Skåne and Blekinge, a project to stimulate and bring Foodtech solutions to the world. Within this client case, Lina Gilbe, the founder, takes us on a journey, explaining how they have bridged the gap between organic, natural, and plant-based ingredients to elevate their food to a delicacy. 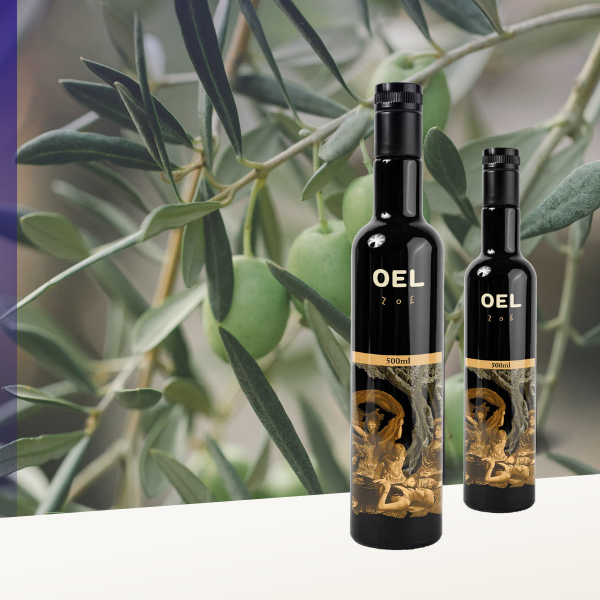 Olive oil consists of multiple beneficial components including antioxidants, phenols, vitamins and more. This so-called “green gold” has been cultivated and processed since 4000 BC. Today, Amadeus Tzamouranis, one of the three partners of OEL Zoe, takes us onto their journey. He explains how olive oil contributes to a healthier lifestyle, and why it was decided to combine olive oil with pure art. 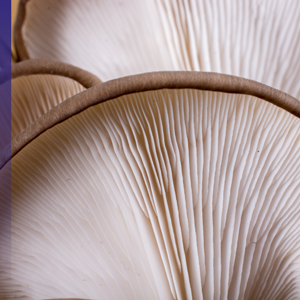 A Blend of the Future and the Past

Mushrooms are little factories of healthy substances that have been around for over a thousand years. This incredible ingredient has provided many health benefits throughout history, and Mart Stoffele, the founder of Foodsporen, knows all the ins and outs of it. He has been able to combine the knowledge of the past with the science and technology of today. As a result, he could make highly concentrated mushroom extracts. He also explains why mushrooms should be an essential part of our lifestyle. 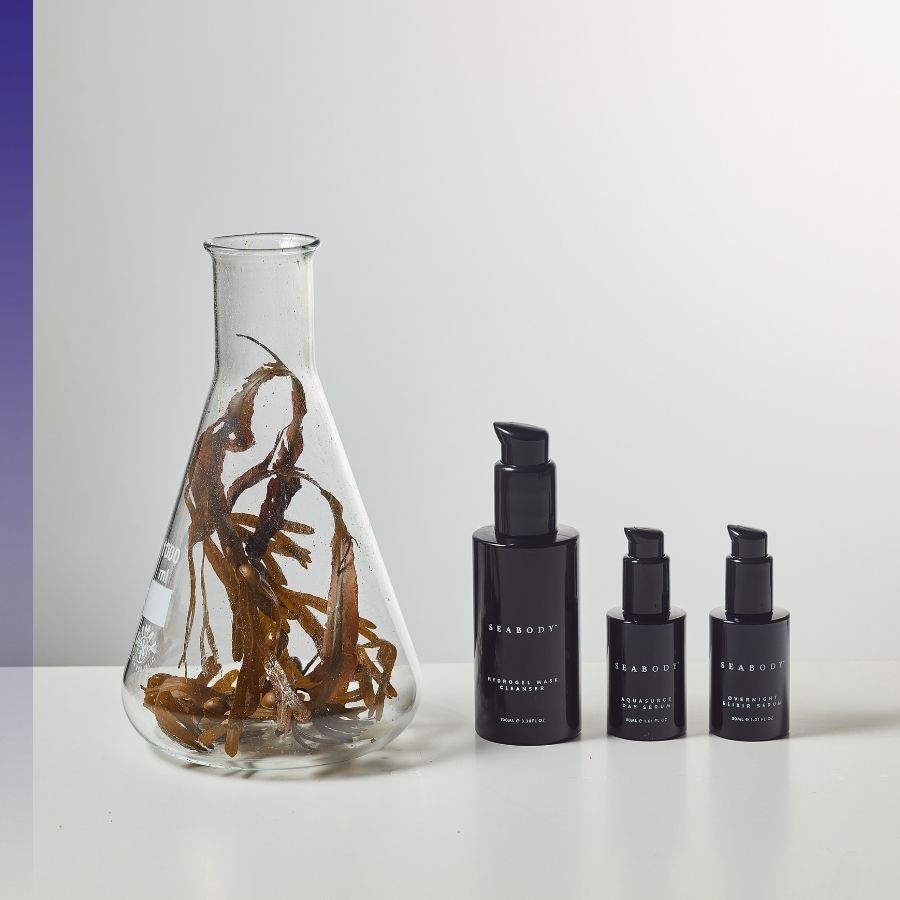 Unlocking the Power of Ocean Plants

SEABODY is a newly launched Health and Beauty company with an innovative range of marine-based nutraceuticals and cosmetics. With their “Sea to Self” concept, Seabody sustainably harvests most of its crops growing on the Atlantic coast and processes within 12 hours. With a strong commitment to planet Earth, SEABODY has considered every aspect of its supply chain, from scientifically based product development and state-of-the-art technology used to the packaging it comes in. 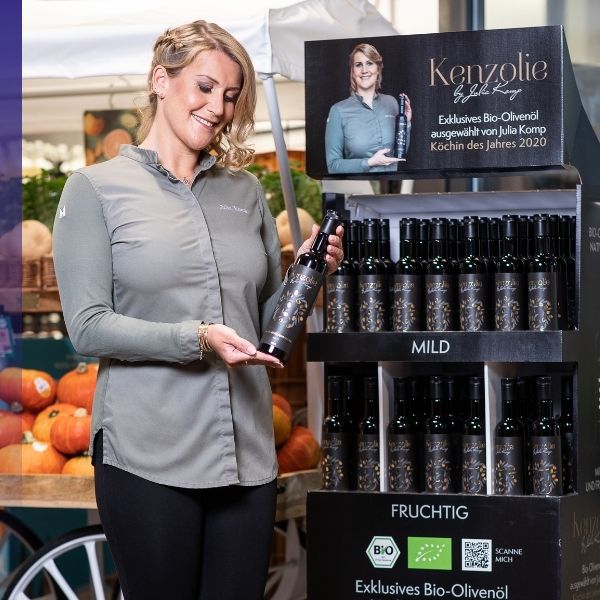 As a Michelin star chef, you have a differentiating factor in the restaurant world. The origin and quality of ingredients are crucial, and aromatic oil is one of the key ingredients in Julia Komp's culinary creations. In her search for the perfect olive oil, Julia ended up in Tunisia. She selected a traditionally produced olive oil that is hand-picked and crafted with great respect for nature, using organic farming methods. In the chef’s eyes, the entire process from sourcing to consumption is important, including choosing the right packaging. 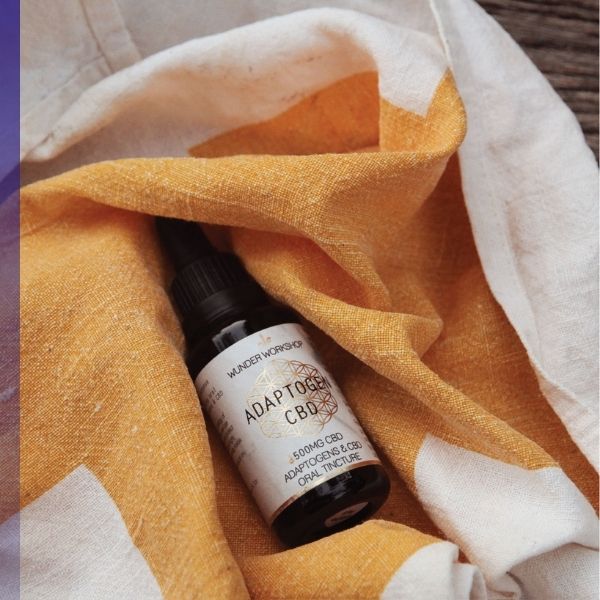 From sharing incredible plant knowledge to adopting a full circle approach, Wunder Workshop is one of those brands that go above and beyond to deliver a positive impact without leaving a negative trace. In this client case, we take you along Wunder Workshop’s inspiring journey and (re)discovery of the power of the Cannabis plant. Did you know that there is already an entire system in our bodies that is able to interact with cannabis? This is our endocannabinoid system, potentially positively effecting your health. 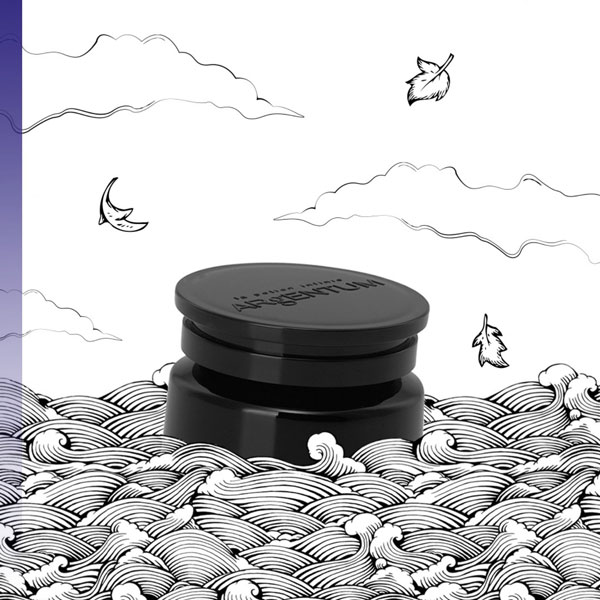 ARgENTUM: A holistic concept from start to finish

In the life of Joy Isaacs, the founder of ARgENTUM, colloidal silver* has become the inspiration for a more beautiful and balanced life. During her childhood, Joy had grown up using colloidal silver for cuts and burns and as an anti-bacterial agent... 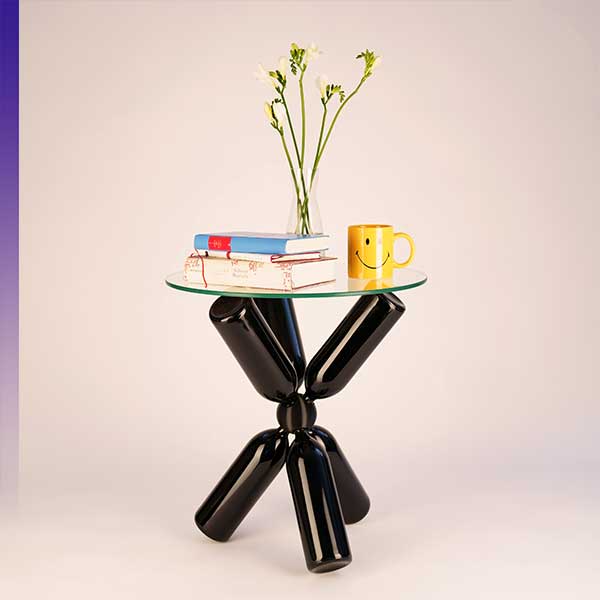 How MIRON bottles are upcycled into art

We are very happy that our customers are often reusing our bottles since reusing is even more sustainable than recycling. Our Austrian customer Buster Bang is taking reusing to the next level by upcycling our water bottles into designer tables. Check their story and see the tables for yourself. 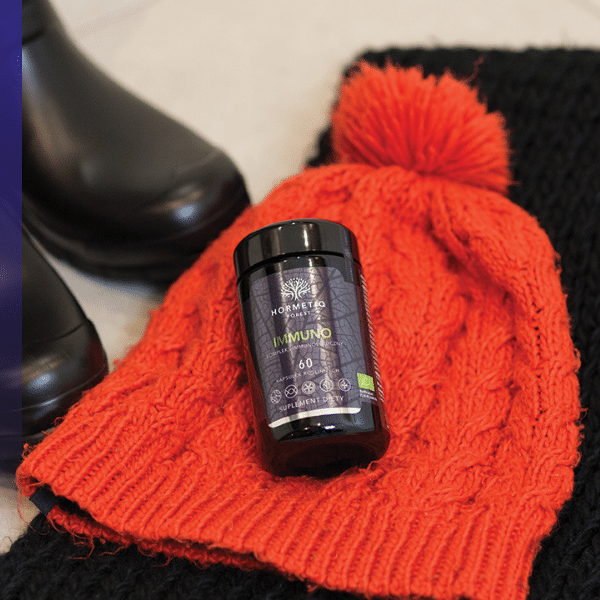 Meet the next generation of dietary supplements by Hormetiq Forest

In the dark and colder days of the year, everyone has to pay a little extra attention to their health. Good nutrition, adequate sleep, and relaxation help to maintain your fitness. The stylish Polish brand Hormetiq Forest is paving the way with the next generation of dietary supplements to assist the body in protecting, recovering , and maintaining itself. Learn more about this new generation of dietary supplements. 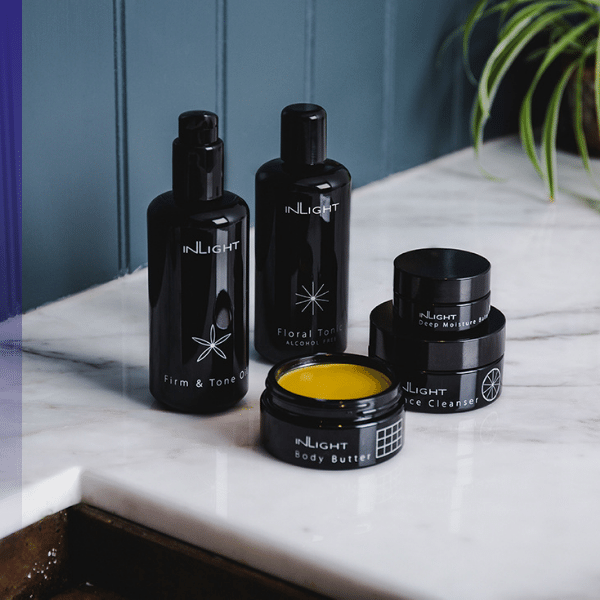 How Inlight Beauty founded the organic beauty movement in Britain

Inlight Beauty is known for fusing nature's alchemy, modern science, and green chemistry to produce 100% organic and all-natural skincare that works not only on the skin but with it. Being known as the father of Britain's organic beauty movement, founder Dr. Mariano Spiezia is an absolute pioneer in the clean beauty industry. Read Inlight Beauty's story about being the first to commit to organic and clean beauty products. And about their journey to finding violet glass to preserve their product's vitality and energetic value. 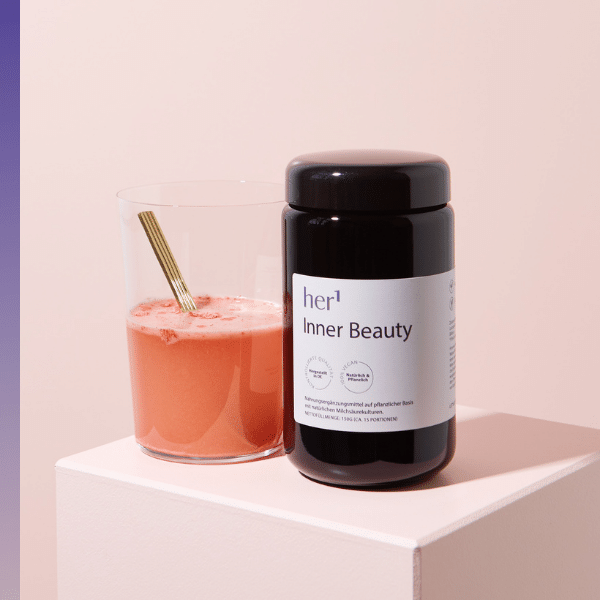